A Study on Environmental Pollutants (Organochlorine Pesticides (OCPs), Heavy metals, Hydrocarbons and Surfactants) in the southern part of Caspian Sea 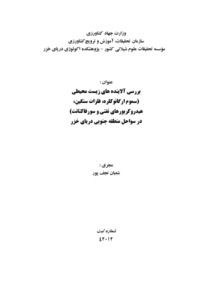