Ver ítem
JavaScript is disabled for your browser. Some features of this site may not work without it.

The survey of diversity, distribution and abundance of phytoplankton in the southern of Caspian Sea 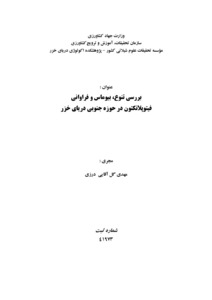