New and Rare Snailfishes (Liparidae, Scorpaeniformes) with the Description of Four New Species from the Southern Hemisphere and Tropical East Pacific 1 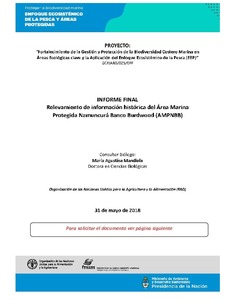 1 Liparid fishes of the Southern ocean, Australia and other areas have been intensively studied (Andriashev, 1986; Stein and Tompkins, 1989; Andriashev and Stein, 1998; Stein et al., 2001; Andriashev, 2003). Knowledge of the diversity in the family has substantially increased, and more than 334 species of 29 genera are listed (Chernova et al., 2004). However, many of the species are known from a few or single specimens. For these reasons every new record of Liparidae is of inter-est. The present study concentrates on snailfishes found in the large ISH–ZMH collections of the Zoological Museum of Hamburg University, mainly from the Southern Hemisphere and from the adjacent tropical east Pacific. The focus was to identify unstudied mate-rials, to record new localities and data and to describe new species. All specimens found belong to 2 genera: Careproctus Krøyer 1862 which includes more than 105 species, and Paraliparis Collett 1879 containing not less than 112 species. Careproctus differs from Paraliparis mainly by having a sucking disk which is reduced in species of the latter genus. Representatives of both genera are widely distributed in the shelf, bathyal, and abyssal parts of the world's oceans. 1 The text was submitted by the author in English. MATERIAL AND METHODS Recent revisions (Andriashev, 1986; Stein and Andriashev, 1990; Chernova, 2001; Stein et al., 2001; Andriashev, 2003) were used for species identification. Methods traditionally used in liparid studies, including radiography and pectoral girdle preparation, were pre-viously described (Burke, 1930; Stein, 1978; Andria-hev, 1986; Kido, 1988; Andriashev and Stein, 1998; Chernova, 2001; Stein et al., 2001; Andriashev, 2003). Meristics were taken from radiographs using: D as number of rays for the dorsal fin, A as number of rays for the anal fin, P as number of rays for the pectoral fin, and C as number of rays for the caudal fin. Vertebrae numbers were obtained separately for abdominal and caudal vertebrae (urostyle included). The principal caudal-fin rays are those supported by hypural plates. Dorsal (ventral) procurrent rays, when present, are those shifted forward to the upper-posterior (lower-posterior) edge of the hypural plates (Kido, 1988). Teeth of liparids are arranged in oblique rows, with a similar number of rows on the right and left jaws. We counted the rows on half of each jaw (usually left), and also the number of teeth in full rows near the symphysis of the jaws. The diastema is a toothless interspace between tooth plates of the right and left jaws.