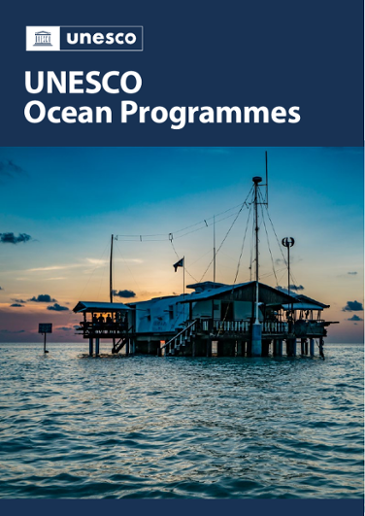 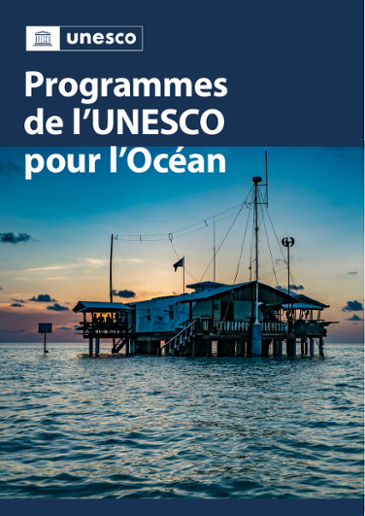 The ocean is where all life began – it shelters 157,000 known species and up to a million species that have yet to be discovered. Earth could not breathe without the ocean – this blue lung absorbs a quarter of global carbon dioxide emissions. In addition, 3 billion people, almost half of humanity, depend directly on the ocean for their livelihoods. Today, however, the future of the ocean is in jeopardy. Climate change is taking its toll. Waters are warming and becoming more acidic; ecosystems are suffering. Over the past 200 years, the planet has lost half of its coral reef cover, as well as three quarters of its mangrove forests. According to a UNESCO report, the ocean may soon stop absorbing carbon and emit it instead. This would be a disaster, to say the least. We cannot rise to these challenges if we remain ignorant of the ocean. Today, only 20% of the ocean’s depths have been explored, even though it covers 71% of the world’s surface. Ocean research remains poorly funded, only receiving a tiny fraction – an average of less than 2 per cent – of national research budgets. At a time when humans are setting their sights on Mars, we need to explore the ocean, the world’s least-known continent. We must redouble our efforts to understand these depths, so we can deliver lasting solutions to the threats they face. And, because the world has the ocean in common, the only effective way we can do this is through multilateralism. UNESCO works towards this goal. With its Intergovernmental Oceanographic Commission joined by 150 Member States, and its expertise in the culture and education fields, UNESCO enables coordinated actions by governments, scientists, the private sector, civil society and other UN organizations. Together, we created the tsunami warnings system, we map the deep ocean, identify species, work to ensure that environmental education and ocean literacy are included in school curricula, and protect underwater heritage. UNESCO is also the guardian of unique ocean sites, which are home to critical biodiversity, geological processes and incomparable beauty. We now have 232 marine Biosphere Reserves and 50 marine World Heritage sites of Outstanding Universal Value across the globe. But there is still a lot to do. Today, UNESCO is ramping up this collective mobilization for the ocean, by leading the United Nations Decade of Ocean Science for Sustainable Development, from 2021 to 2030. In this context, several major international summits will take place this year, amplifying our efforts to better understand – and therefore better protect – the ocean. There are ten years left for humanity to understand that the Earth is first and foremost an ocean. Our fate depends on the way we care for it together.

The following license files are associated with this item: